Honey consists of two kinds of sugar - dextrose and levulose. Dark honeys contain more minerals such as iron, copper and manganese than do light honeys.

Dextrose is very easily absorbed, whereas levulose is absorbed slowly - sometimes it is absorbed through the large intestines.

Honey has the capacity to withdraw moisture from bacteria, causing them to die. But note that you can find these strong antiseptic qualities only in cold-pressed honey that does not contain additives. Heated honey loses its healing effect and can worsen a condition.

Beneftcial in the treatment of:

athlete's foot - applied directly in between the toes, it can cure in 7-10 days

throat infections with difficulty in swallowing

eye-troubles such as conjunctivitis, red eyes - dilute 1 teaspoon in a cup of water and insert 2 drops into the eyes with a dropper.

Honey is also used as a laxative and a cough remedy, and to heal scars and restore strength after illness, especially heart disease.

Back to A to Z of Natural Foods 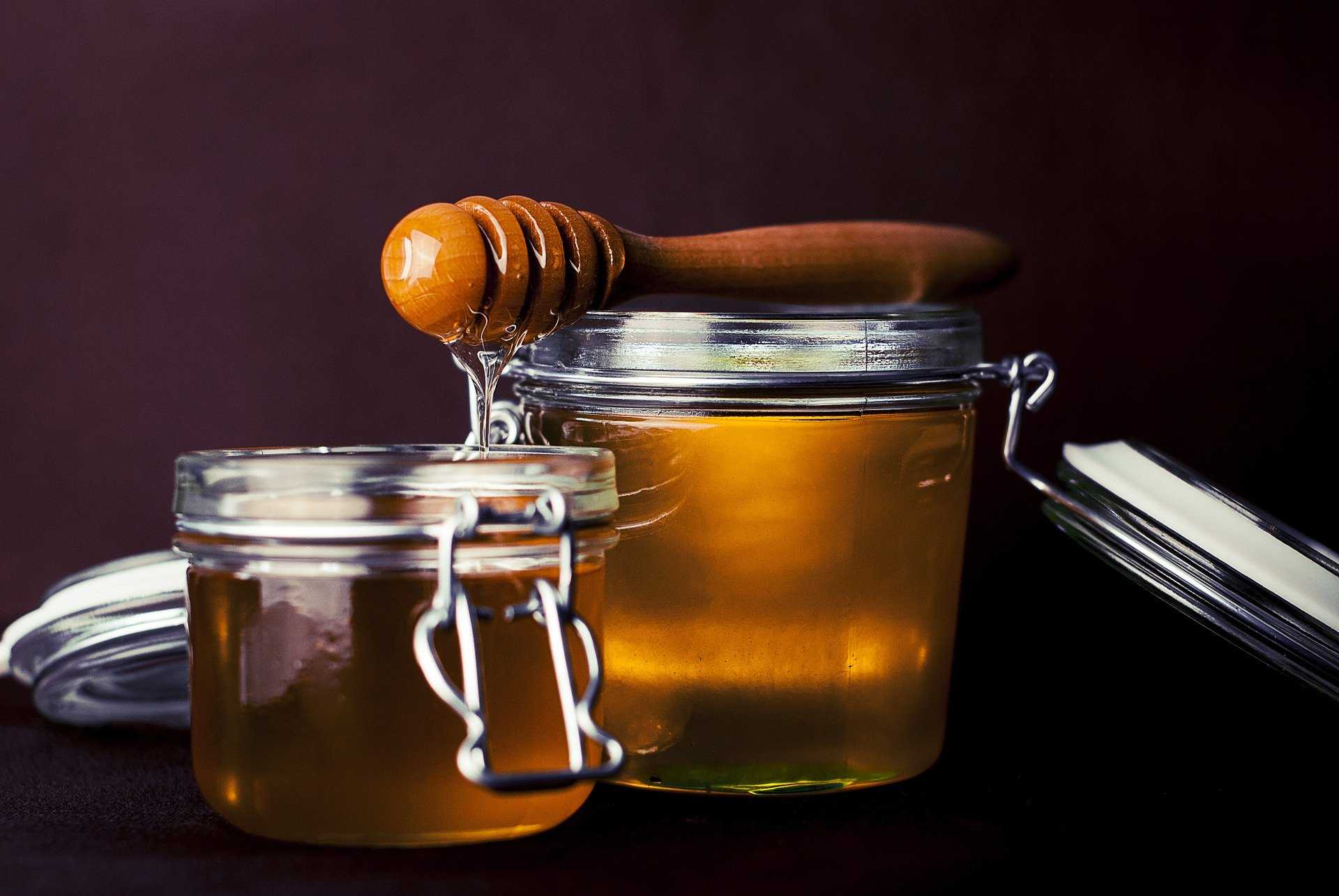